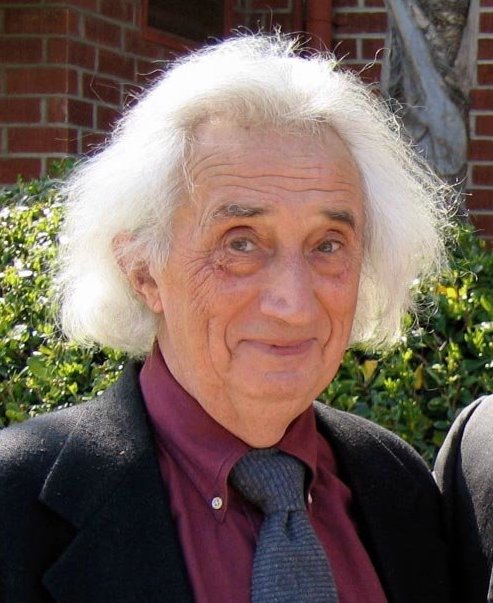 A portrait of Igor Dzyaloshinskii from a family archive.
Picture Credit: Aileen Anderson

Igor Dzyaloshinskii, Professor Emeritus at the Department of Physics and Astronomy, UCI, turns 90 on Feb. 1, 2021.

Igor Dzyaloshinskii, Professor of the University of California, Irvine since 1991, is one of the most outstanding theoretical physicists of his generation. He has made principal and often defining contribution to areas that span almost the entire field of Condensed Matters physics. These include profound contributions to magnetism, liquid crystals, fluctuation interactions, quantum theory methods, Fermi liquids, phase transitions, quantum and low-dimensional crystals, topological structures, and superconductivity.

Igor, born in Moscow, Russia, was the first in his family to attend a university, where he quickly passed the so-called “theoretical minimum” and joined the famous Landau school, an informal circle of some of the best theoretical physicists of that time. Later, he would become a founding member of the Landau Institute for Theoretical Physics and one of its indisputable intellectual leaders. He moved to the US and became a Professor  at UCI in 1991. Dzyaloshinskii is a member of the American Academy of Arts and Sciences and a Corresponding Member of the Russian Academy of Sciences.

The early and the most outstanding pedagogical contribution of Igor was a pioneering textbook, written while he was still in his late twenties, “Methods of Quantum Field Theory in Statistical Physics”, published in 1961 (English version in 1963) together with Lev Gor’kov and Alexei Abrikosov. This was an immediate masterpiece and a bestseller, often referred to as simply “AGD”, from the abbreviation of the authors’ last names, or just “The Bible” of many-particle physics. It has influenced and continues to influence generations of theoretical physicists, many of whom owe their technical craft and research directions that define their entire careers to the “methods” learned from this book.

Caltech library maintains a History of Science site with interviews of notable scientists. An interview with Igor Dzyaloshinskii (https://authors.library.caltech.edu/5456/1/hrst.mit.edu/hrs/renormalizat...) offers a rare glimpse into his era, creative atmosphere of his time, and into his humble character.

Below is an incomplete list of Igor’s influential achievements that highlights his legacy and impact on the physical science.

Already in one of his first publications (1958), Dzyaloshinskii provided an explanation to the phenomenon of “weak ferromagnetism” in materials. Since then, “Dzyaloshinskii  interaction”, later becoming Dzyaloshinskii-Moriya interaction, has been widely used and given rise to new directions in magnetism. It is fair to say that the modern field of spintronics takes its origin, in a significant manner, from some of these earlier works by Igor.

Dzyaloshinskii's ideas have led to the discovery of new phenomena — piezo-magnetism and magneto-electricity and have laid the foundation to the field of multiferroics, the study of materials in which magnetic and ferro-electric orders coexist. In his more recent publications, while at UCI and already in his seventies, Igor has predicted new effects, overlooked in thousands of publications on multiferroics, which were soon confirmed experimentally.

In another early development, Igor Dzyaloshinskii's joint paper on one-dimensional superconductivity has laid the groundwork for the physics of quasi-one-dimensional metals. To this day, most of the research in this interesting and important area and the subsequent development of the so-called bosonization ideas are based on the early results by Dzyaloshiskii.

Igor played a major part in developing new methods of quantum statistical physics, one of the the main instruments used in theoretical physics. Dzyaloshinskii's work has helped to create the finite-temperature version of the so-called “diagram technique” of the field theory -- the most universal method for calculating equilibrium and nonequilibrium properties of many-particle quantum systems. It would be of no exaggeration to say that this invention has motivated much of progress in theoretical condensed matter physics in the second half of the 20th century and continues to be a major tool in many modern developments.