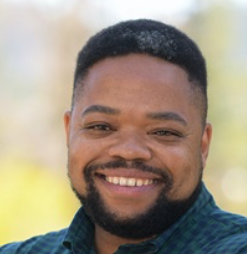 The mystery of dark matter, the enigmatic substance that makes up 27 percent of the universe, has plagued astronomers for decades. Despite ample evidence across the universe hinting at its presence, dark matter has never been seen directly. “We simply don’t know what it is,” says Gopi Mohlabeng, a theoretical particle physicist at the University of California, Irvine. Mohlabeng, 33, is trying to change that by coming up with new ideas for what dark matter might look like and how it could finally be detected.

His physics journey started with watching the Honey, I Shrunk the Kids movie series at a young age. That sparked an initial interest in becoming an inventor, which turned into a passion for physics in high school. He went on to study physics and astrophysics as an undergraduate and earned his doctorate from the University of Kansas in 2017.

Today, Mohlabeng creates theoretical models for dark matter particles. He also suggests ways these particles could be detected with existing and future experiments like the Large Hadron Collider, James Webb Space Telescope, or the Square Kilometer Array — a radio telescope under construction in Mohlabeng’s home country of South Africa that’s set to become the world’s largest facility of its kind.

“I think that the next five to 10 years is going to be a golden age for particle physics,” Mohlabeng says. “We’re going to have a lot of data for theorists like me to work on.”

When he’s not at work solving the mysteries of dark matter, Mohlabeng likes to spend time inspiring the next generation of scientists through outreach, particularly with underrepresented groups and young students of color.

“Anyone can be a physicist,” Mohlabeng said. “It’s all about having a passion for physics and trying to understand as much as you can.”

Gopi Mohlabeng is searching for the invisible.