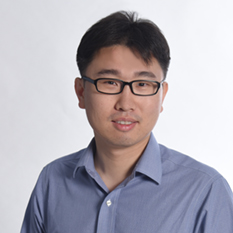 The widespread adoption of electrified transportation is seen as an important step in slowing climate change, but that depends on our ability to produce enough batteries for this and other applications. Huolin Xin, UCI associate professor of physics & astronomy, recently collaborated with scientists at UC San Diego and leading national laboratories to identify a disordered rock salt oxide that performs well as a fast-charging anode in rechargeable lithium-ion batteries.
In a study published Sept. 2 in Nature, the researchers report the discovery of the first known DRS anode containing lithium, vanadium and oxygen ions. According to Xin, the material is able to reversibly cycle up to two lithium ions at an optimal voltage of about 0.6 volts. Graphite, the most commonly used material for commercial anodes, operates at a voltage that’s too close to the lithium plating potential, making it unstable for use in high-rate cycling applications. But the scientists found that this DRS could mitigate the metal plating problem. “It has the potential to make batteries safer,” Xin said, “but more importantly, this material offers an excellent scientific platform for studying how and where lithium is stored in oxygen close-packed oxide systems.”
Original Story: