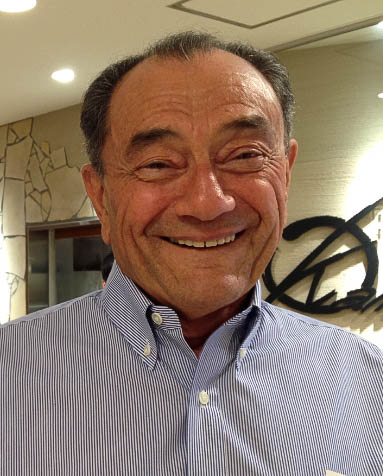 Today, the American Physical Society announced that Henry “Hank” Sobel, a professor emeritus in the UCI Department of Physics & Astronomy, is the 2021 recipient of their W.K.H. Panofsky Prize in Experimental Particle Physics. The distinction’s the highest honor that the APS gives in the field of experimental particle physics, and it honors and commemorates field-defining careers. “Hank Sobel has richly earned it through a career dedicated to searching for one of nature’s most elusive particles — neutrinos,” said Professor Tim Tait, a particle physicist who’s the chair of Physics & Astronomy. “His leadership has enabled the discoveries that neutrinos have mass and can change flavor — key features which form the cornerstone of particle physics today.”
The discovery of the neutrino is one of the myriad legacies of the UCI School of Physical Sciences; found in 1956, it earned Reines the Nobel Prize in 1995. Sobel worked with Reines on his neutrino work; in 1965, the two plunged 10,500 feet into Earth at the East Rand Proprietary Mines in South Africa. There, far from any interference from cosmic rays that might contaminate their detectors, the team detected the presence of atmospheric neutrinos — a discovery that confirmed that neutrinos exist, and which opened the door for subsequent work that, following Sobel’s work planning and leading the construction of the SuperK neutrino detector in Japan, revealed that neutrinos also have mass.

Sobel played a role in discovering the neutrino — a subatomic particle that makes up most of the matter in the universe.