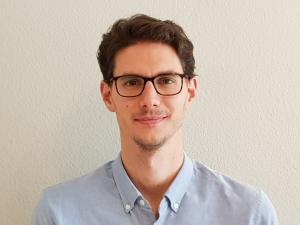 The concept of emergence is central to our work: when many microscopic objects interact with one another, their collective behavior as a phase is described by an emergent theory which is somewhat disconnected from microscopics. For example, one can use fluid mechanics to study ocean waves without knowing anything about H2O molecules.

In the Scaffidi group, we study quantum matter, i.e. emergent phases for which quantum mechanics exhibits its uniquely weird properties on a macroscopic scale. The main questions we address are: can we find new phases of quantum matter, and what are they good for? Potential applications span the fields of quantum computing, quantum materials, and quantum devices.

In order to tackle these questions, we use and develop a range of theoretical techniques (field theory, topology, Quantum Monte Carlo…), and we often collaborate closely with experimental groups. The microscopic objects we study would typically be electrons in a material, but they could also be atoms trapped by a laser, or qubits in a quantum computer. The beautiful thing about emergence is that it does not really matter!

Thomas Scaffidi is a theoretical physicist working in the field of condensed matter. He received a bachelor’s in Engineering from UCLouvain in 2009, a bachelor’s and master’s in Theoretical Physics from École Normale Supérieure (Paris) in 2012, and a PhD in Theoretical Physics from the University of Oxford in 2016. Prof. Scaffidi was a Gordon and Betty Moore Foundation Postdoctoral Fellow at UC Berkeley from 2016 to 2019, and an Assistant Professor at the University of Toronto from 2019 to 2022. Prof. Scaffidi was also a visiting scientist at the AWS Centre for Quantum Computing from 2020 to 2021.