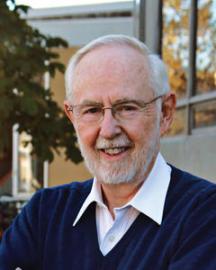 Date:
Wed, 03/01/2017
Time:
7:30 pm
Location:
Irvine Barclay Theatre
Event Details:
In an ultra-clean laboratory 2 kilometers underground, the fundamental properties of neutrinos and dark matter can be studied, providing new insights into the laws of physics and the composition and evolution of the universe. Professor McDonald will discuss past and present measurements of the basic properties of these particles and the resulting impact on our understanding of the Sun, our galaxy, and our universe. Professor Art McDonald was a co-winner of the 2015 Nobel Prize in Physics for discoveries he made as the Director of the Sudbury Neutrino Observatory (SNO) scientific collaboration. These discoveries showed clearly that neutrinos have mass, providing evidence for new laws of physics beyond the standard theory of elementary particles. He is a graduate of Dalhousie University and Caltech and has held positions at Chalk River Nuclear Laboratories, Princeton University, and Queen’s University in Kingston, Canada. He is currently involved in experiments at SNOLAB, an underground laboratory near Sudbury, Ontario, where he is studying a very rare radioactive process, called neutrinoless double beta decay, and is seeking direct evidence for dark matter particles. He has received many awards and nine honorary degrees. The Reines Lecture Series honors Frederick Reines, UCI’s Founding Dean of Physical Sciences and co-recipient of the 1995 Nobel Prize for his discovery of the neutrino. RSVP HERE