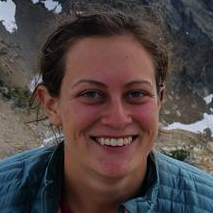 Come July 1, Stephanie Sallum will become a new assistant professor of astronomy in the Physics and Astronomy Department.
She comes to UCI from her postdoctoral position at UC Santa Cruz with plans to capture, along with a team of other researchers, direct images of exoplanets that are still forming around distant stars. To do this, she and her team, backed by $400,000 from the Heising-Simons Foundation, are developing imaging techniques that will increase the resolution of the images that humanity’s ground-based telescopes capture.
“My work focuses on ways of imaging more planets than we’re capable of imaging,” Sallum says. “In order to separate the light of young planets that are still forming from the light of their host stars, you really need to push the resolution of your telescopes.”
Until now, astronomers have only been able to directly image exoplanets that are very big, like Jupiter or Saturn, because those planets tend to be brighter and, thus, easier to pinpoint. But Sallum and her team’s technique will help with detecting fainter planets, which includes smaller planets similar to Earth. Soon, Sallum hopes to travel to Hawaii so she can test her group’s techniques at the Subaru Telescope that sits atop the Mauna Kea volcano.